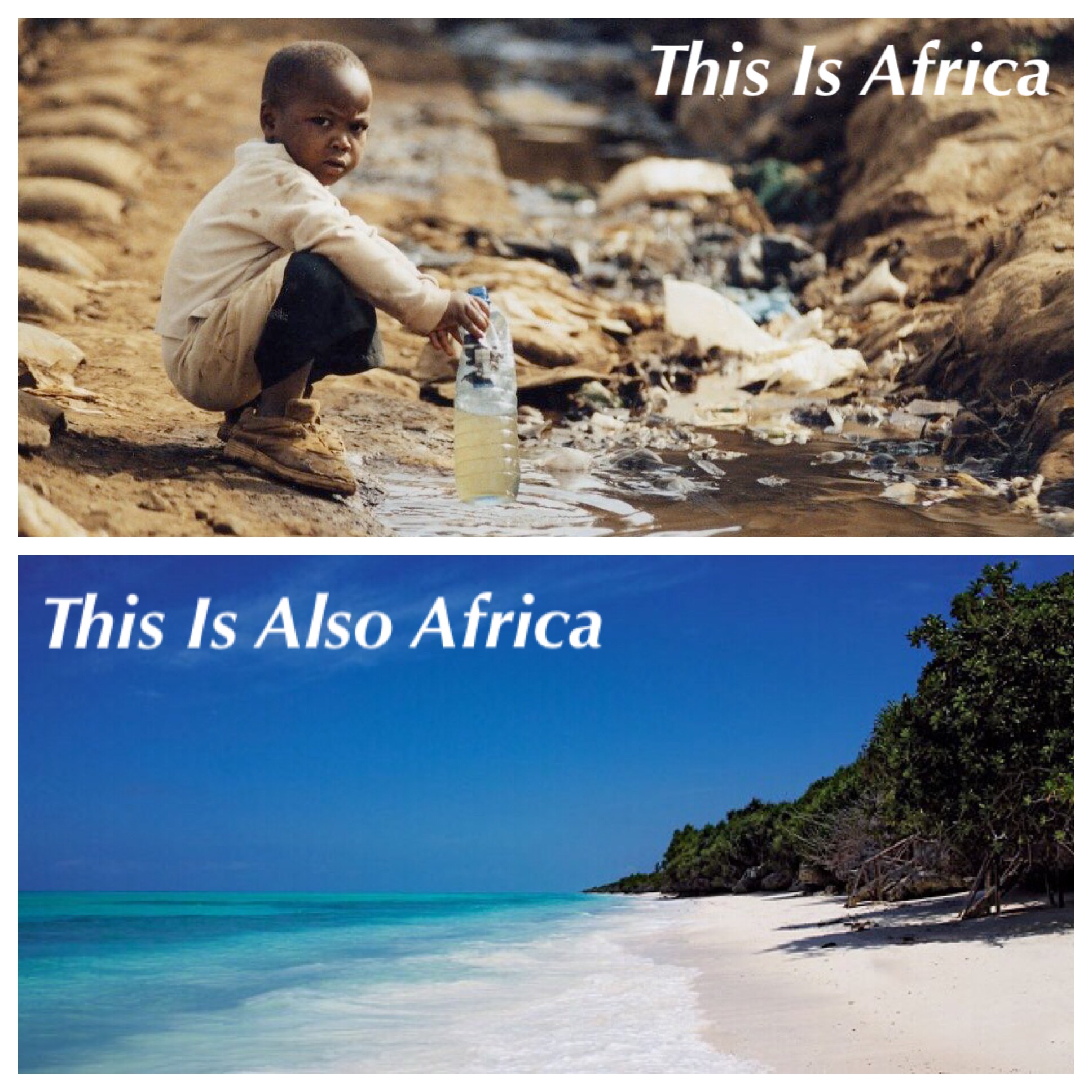 Don’t Listen To What They Say. Go See For Yourself (Misconceptions Of Africa)

If I asked you to close your eyes and think about the Continent of Africa, what would be the first thing that comes to mind?

If you would have asked me this question about 10 years ago my response would be very different from the one I have today. I must be honest and admit that I too am guilty (like many of you reading this) of once having a very distorted and blurred vision of Africa. My vision and thoughts of the Continent was full of many misconceptions and stereotypes. Believing that it was this very impoverished place with only darker skinned people, malnourished children, living in huts and I can’t forget wild animals roaming the streets. If any of these thoughts were the ones that popped into your head, I would strongly encourage you to add a few African countries to your travel bucket list. I know its hard to believe that while in Africa you won’t be driving down the street and brought to a stretching halt due to a herd of elephants and giraffes crossing the road. If the image in your head of Africa consisted of wild animals roaming the streets, I’m sorry to disappoint you, but that’s not the case. During my trip to Johannesburg, South Africa I visited the Lion and Safari Park. While there I was able to feed and interacted with lion cubs, walked aside a cheetah and see so many other animals and indigenous species. Africa has many options if you want an animal encounter both in their natural habitat or inside an animal park. There are also exclusive luxury hotels options like Giraffe Manor in Nairobi, Kenya where you can wake up to a knock on your hotel window and share a meal with giraffes. What I can assure you is you won’t experience one of these amazing animal encounters without a fee just walking or driving the street. When I see images posted on social media like the ones above, it angers me. Not because these images aren’t real and doesn’t portray the daily struggle that some people in Africa endure. I am in no way naïve or blind to the fact that these images are real. My issue and question becomes where’s the balance? If you’re going to tell me a story tell me the WHOLE story. “Half truth is a whole lie”. Why is Africa only shown one way in America? These images of poverty only seem to appear with darker skin children and Africa is always the location used to portray this message. Why must African children always be the poster child for world hungry, malnutrition and poverty? When are we going to erase that childhood image of the malnourished children, with flies flying around their face telling us “For 50 cent a day you can feed a child and save a life”? Don’t get me wrong, yes there are many cities, countries and townships in Africa that suffer from poverty and lack basic infrastructures, but so does so many other people and countries around the world. Just like any other Continent, Africa has its different classes of people and neighborhoods. The same way life in America consist of neighborhoods with struggling school systems, high crime rates and many low income families staying afloat with the help of government assistance. Then on the flipside in the same country there’s neighborhoods with homes being sold at a median of 2.2 million dollars, which has quality hospitals and high ranking school systems. Same for Africa. During my visit to Johannesburg and Cape Town, South Africa I experienced both. We visited the Kliptown Youth Program. Kliptown is a district in Soweto township right outside of Johannesburg. There we visited the township and got a little glimpse of living life in the slums. A neighborhood where the most basic infrastructures such as electricity, proper sanitation and health clinics were lacking. But a short distance away in the city of Johannesburg we also experienced a city that was very reminiscent of New York City. Skyscraper builders, busy streets, five star restaurants and hotels, high priced designer clothing stores, fast food restaurants, night clubs and oh, I can’t forget real homes made of steel and concrete with electricity and Wi-Fi.

While the images above are always the ones shown to portray Africa. Contrary to popular belief and the President of the United States, Africa is a lot more than a bunch of “Shithole Countries”. Everyone that migrate to America from African countries aren’t coming to escape life in the slums or because they hate their country. Most come for opportunity with plans to one day return back home. Africa has beaches that rival the best of the Caribbean, deserts as, if not more beautiful than the ones you ‘ll see in Dubai as well as national parks, beautiful mountains, national wonders and endless history and culture. Africa is comprised of many different people, cultures, tribes, lifestyles and languages. NO, the people who live in African countries do not speak African. Not to mention some of the most beautiful people with skin tones of all shades ranging from light to dark and hair textures from straight, to curly, to coarse. So next time you read a book, watch a movie, listen to a story or see a commercial and draw a conclusion about a certain person or place, my advice to you would be “Don’t listen to what they say. Go see for yourself”. Me At The Top Of Table Mountain In Cape Town, South Africa

My Home When I Visited Cape Town, South Africa